Damian is the head instructor at CrossFit A-Game and programs most of the wod’s (workout of the day).  His obsession with fitness lead him to CrossFit in early 2010 when he later earned his L-1 in fall of 2010.  His competitive Judo and Brazilian Jiu-Jitsu background convinced him that CrossFit was the most effective fitness program for most sports athletes and everyday folks.  Damian’s background also includes Olympic weightlifting when he attended and graduated Rutgers University in New Brunswick, NJ with Team New Jersey.  Although Damian loves Olympic weightlifting, he doesn’t program a biases for the members.  If anything, more programming is geared towards weaknesses of members and as he tries to maintain a theme during a week of programming instead of breezing over all skills and drills that CrossFit offers. In addition to his CrossFit Trainer L-1 Damian also attended CrossFit Endurance seminar to better understand running mechanics and programming for endurance athletes. 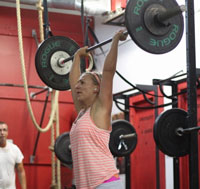 Viktoria O’Hara is native born to Minsk, Belarus and came to America some fifteen years ago. Spending most of her working life in high end retail and working out in regular gyms Vika never thought she would have become a CrossFit coach until she met her husband, Damian O’Hara. Vika’s interest in CrossFit grew out of amazing results and sense of community that started her not being able to do a pull-up to being able to do multiple pull-ups in a workout. Vika’s old country work ethic accelerated her development in CrossFit as an athlete and a trainer, getting her CrossFit level 1 and CrossFit Kids certifications. Her good natured charm is also met with strong sense of motivating others and constantly reminds people if she can do it, so can you. Beware of cutting short a workout with Viktoria, she has been known to memorize performances and precedents made in the past and holds everyone accountable to raise the bar higher. 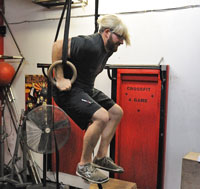 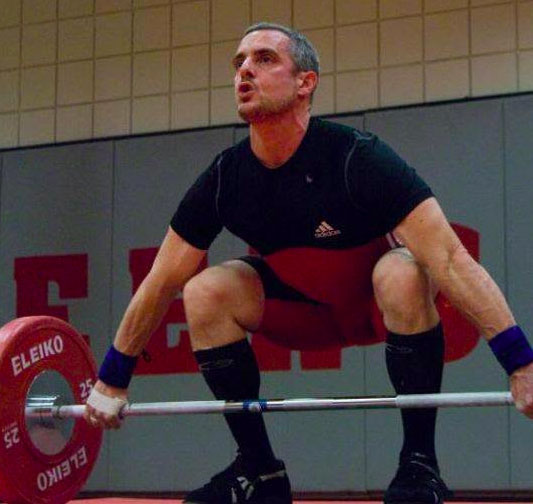 Ron has been a fitness enthusiast for most of his adult life, but didn’t pursue weight training until his late 30’s. Within a few years, he was introduced to Olympic-style weightlifting and fell in love with it, eventually training with a weightlifting club in Connecticut and competing in some Masters-level events. Ron and his wife Stephanie moved to LBI in 2010, and after a few frustrating years trying to practice Olympic lifting at commercial gyms, in early 2014 he decided to check out CrossFit A-Game in Manahawkin as a place to pursue his habit. Ron was hooked immediately, as he discovered a whole new fitness world that included kettlebells, jump ropes, gymnastics, and running, in addition to the weightlifting he already knew. Ron earned his CrossFit Level One trainer certificate and joined the A-Game coaching staff in June 2015. Ron especially enjoys working with people on improving their Olympic weightlifting technique, and has a special understanding of the needs and challenges of those coming to CrossFit to achieve and maintain a high level of fitness through their 40’s, 50’s and beyond. 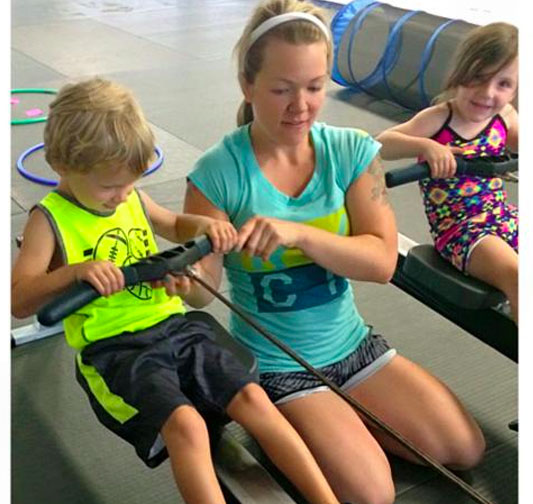 Melissa Larsen, A-Games Kid Club Caregiver, is not only a wife & mother of 3 but she’s also a professional dance instructor with almost 25 years experience (recreationally & competitively) of ages ranging from 3-adult, as well as teaching/managing parent child & pre-school age gymnastics & martial arts enrichment programs. Melissa also has Day Care (infant/toddler room) experience. Her husband, & 2 sons are Crossfit students with us & we’re proud to now have her as part of our A-Game Family.